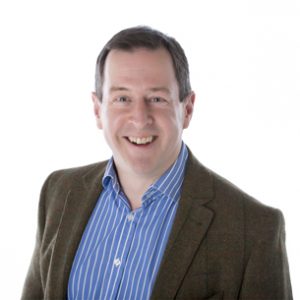 Innventive was founded in 2011 by Peter Austen, who has spent the last 22 years immersed in hospitality business coaching,  as well as operating and turning around the fortunes of pubs, restaurants, bars and hotels himself.

Peter is in a long line of successful entrepreneurs (and famous authors!), who have been directly involved with hospitality. His grandparents owned and operated one of the finest hotels in Britain, The Greenway in Gloucestershire from 1947, long before Peter washing dishes, cleaning toilets, bottling up and serving customers at the age of 14. He joined his father in Austens, the first national firm of licensed trade accountants, consultants and stocktakers in 1994 before it was successfully acquired by an international buyer in 2000. Since then he has put into practice what he learned through family and inspirational clients at Austens, re-opening and operating a restaurant, two pubs, a hotel and a wine bar, all of which are still thriving today.

Peter’s move back to hospitality coaching since 2011 and to his online business model for coaching and mentoring (www.hospitalityentrepreneur.com) comes from a conviction that success ‘secrets’ are there to be shared and the very best way of doing that is through collaborating with those he has worked with and respects most.

Over the years, he’s been fortunate to have a lot of people say a lot of nice things about him and his businesses, see below:

“Peter’s advice was the best we had since starting our business – straight forward and just what we needed. His contacts and guidance have been ‘game changing’. He soon became our ‘third brain’ in the business.“ Andrew and Claire Bowen, Java & Co, Cafe Success Hub

“He’s opened pubs and made them successful often enough, but the tremendous energy he has sunk into getting this pub not just opened for us, but launching it towards becoming a great success is quite remarkable….Peter, and his colleagues in Innventive and contacts beyond have been central to every aspect of re-launching the Pheasant business.“ John Pickup, The Pheasant at Neenton

“We’ve used Peters expertise for years, whether it be lease advice, operational issues or cost management and have found his depth of knowledge to be invaluable. Crucially, where Peter stacks up ahead of the others is his real world experience of actually having built and run successful businesses and his willingness to roll up his sleeves and get stuck in! We all know that a hospitality business can’t be run from a laptop, and Peter is a great personality who can inspire and motivate teams in order to achieve set goals. Our business has changed significantly with Peters input, especially helping us get  out of the rut we were stuck in. If you’re not sure whether to get him involved or not…..JUST DO IT“ Chris Wright, The Bell at Sapperton 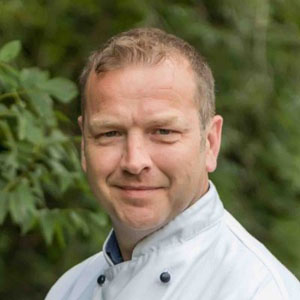 Andrew has been at the coal face himself and knows a fair bit more than how to flip a burger or two! He has a chest full of culinary and business medals having successfully owned and run Green’s, his own Michelin Bib Gourmand awarded (5 years running) restaurant with brother Simon, and having been Development Chef at River Cottage Canteens following a couple of decades as the man in charge of numerous top restaurant, hotel and pub kitchens.

He knows his stuff and pulls up his sleeves working alongside the chefs, while Peter drinks coffee, tastes wine and does the talking.

Innventive client Chris Wright, owner at The Bell at Sapperton, says of Andrew:  ‘ Thank you for all your help in developing the Bell’s offer over the past 3 months. It has been a hugely positive experience with fantastic results’

We have had lots of people and organisations to thank. But most central of all has been Peter Austen.  We engaged Peter, who helps people run successful pubs, at the outset and he has been with us through thick and thin.  He’s cancelled holidays for us, he’s lost sleep with us, and in every way he has been right at the heart of making this project succeed. He’s opened pubs and made them successful often enough, but the tremendous energy he has sunk into getting this pub not just opened for us, but launching it towards becoming a great success is quite remarkable.  I think that 3am and 4am are now the only times of day when I haven’t had e-mails from Peter progressing one aspect of the project or another. Peter, and his colleagues in Innventive and contacts beyond have been central to every aspect of re-launching the Pheasant business.  He has been right at the heart of making this project succeed, from initial concept and shaping the offer, through supplier negotiations and staff recruitment, to marketing and promotion.  And after launch he continues to guide us with performance monitoring, action planning and general wise counsel.